During the last few years a considerable amount of work has gone into filter research. For one thing, a test has been devised, called a "multi-pass" test for a more realistic rating for hydraulic filters. The "beta ratio" (β) derived from the multi-pass test, is becoming the accepted method of expressing filter effectiveness. It replaces the "nominal" and "absolute" ratings previously used. Laboratory tests have been devised for testing pumps and plotting a "wear profile" graph which shows the amount of contamination a pump can tolerate for a specified life expectancy. New filter media are being developed with higher dirt retention capacity. The results of these research programs should be a better knowledge of filter requirements on various applications and a filter rating system uniform among manufacturers.

What is the Beta Ratio?
The beta ratio is simply a way of stating the effectiveness of a filter in removing particles of greater than a certain micron size. Another means of expressing the same thing is by efficiency. Beta ratio is expressed numerically and efficiency is expressed in per cent. Both methods use data derived from the multi-pass test, both give the same information.

Beta ratio is often written with the Greek letter β. It is the ratio of the number of particles larger than a specified micron (μ) size which enter the filter to the number of the same size particles which go through without being caught.

Beta ratio (or percentage) is always given for a certain micron size. For example a β10 ratio of 5.33 means that all particles larger than 10μ are removed with a filtration ratio of 5.33.

The relation between beta ratio and percentage efficiency can be seen in the vertical scales of Figure 1. For the layman per cent efficiency is a term more easily comprehended than beta ratio. It is easier to visualize the effectiveness of a filter if its efficiency is given as 50% than if its beta ratio is given as 2, although both terms mean the same thing. 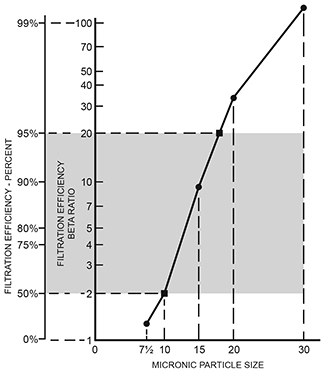 Figure 1. Performance of a filter element plotted
from information obtained during the multi-pass test.

The Multi-Pass Test
This is a laboratory test procedure on which standards have been prepared by the ANSI and NFPA. It is based on research data supplied by Oklahoma State University. The purpose for developing this test procedure was to be able to test and rate filter media under conditions which could be duplicated by every filter manufacturer, and which would be similar to operating conditions encountered in the field. Since many particles are able to circulate several times before being trapped in the filter, it was deemed necessary to re-circulate the test fluid many times through the filter. Starting with clean oil, the contaminant is added slowly as it would be under field conditions, until the filter becomes loaded with dirt up to the by-pass pressure.

Although the multi-pass test does not completely define filter performance, it does deal with two of the more important areas of filter operation effectiveness for removing particles of various sizes, and the dirt loading characteristic of the filter.

Certain conditions of the test are rigidly defined such as starting cleanliness of the oil, the maintaining of constant temperature and flow throughout the test, type of oil used, and type of dirt. Other conditions are left open - flow rate (although it must be held constant), size of sample tested, and type of measuring equipment. It is a laboratory test conducted on a small scale. One filter manufacturer conducts the test with 7˝ diameter circular sheets of filter media and a flow of 1 GPM, up to a by-pass pressure of 25 PSI. The test may require about two hours.

In the main system of the multi-pass test equipment, a variable displacement hydraulic pump circulates a constant flow of oil through the test filter, through a flowmeter, and back to reservoir while contaminated oil is slowly fed in from a separate system. The pressure drop across the test filter is continually monitored. As dirt accumulates in the filter, the pressure drop across it increases. Particle counts are taken both upstream and downstream at selected levels of pressure build-up. With modern electronic particle counters simultaneous counts can be made at several micron sizes. The beta ratio for each of these micron sizes can later be calculated from these data. Filter performance can be plotted on a graph as in Figure 1, to show filter removal capability at any micron size.

The contamination system for the multi-pass test consists of a reservoir, a metering pump, flowmeter, etc. The reservoir is initially filled with a measured volume of clean oil to which is added a measured amount of test dirt. This contaminated oil is metered at a slow and constant rate into the main system during the test. The test ends when pressure across the test filter reaches a target value, typically 25 PSI. The exact weight of dirt added to the system can be calculated from the known weight placed in the contamination oil and the volume of contaminated oil metered into the system. Usually the dirt capacity listed in filter catalogs is not the weight of dirt held by the filter; it is the weight of dirt added to the system to cause the filter pressure drop to build up to the target level.

Oil specified for the multi-pass test is MIL-H-5606 because this oil obtained from various sources has uniform characteristics and is available almost anywhere in the world.

Dirt used for the test is ACFTD (air cleaner fine test dust) which is a carefully graded natural dust sold by the AC Division of General Motors. This dust is suitable for testing filters only of 40 micron and finer rating.

Filter Efficiency
Figure 1 is a plot of data taken from the multi-pass test of a certain filter element. Particle counts were made at 7½, 10, 15, 20, and 30 microns, and these were plotted against beta ratios calculated from particle counts. Catalog beta rating at 10 microns would be β2 or 50% efficiency removal of particles of 10 microns and larger. It could also have a dual rating at β2 and β20 of 10/18 microns.

If it were to be assigned a nominal rating, it would probably be rated at 8 to 10μ. The absolute rating (98% efficiency) would be about 25μ.

Dirt Loading Characteristic of Filter
From data collected in the multi-pass test a dirt loading graph, Figure 2, can be plotted against elapsed time for the base, and with pressure drop intervals where particle counts were taken used as the vertical scale.

Several basic facts about filtration become apparent from Figure 2. Pressure drop does not build up uniformly with length of time the filter is in operation. The filter remains relatively unrestricted for the major part of its life. Then when about 75% of its useful life has been expended, pressure drop starts increasing at a rapid rate up to 25 PSI. Very little extra life would be gained by using a heavier than 25 PSI by-pass spring. If the filter has a condition indicator, the element should be replaced very soon after the indicator gives the first sign of a pressure build-up. Very little useful life remains after this point. Although not shown on this graph, another very important reason for replacing the element soon after the indicator starts moving, is that filtering efficiency decreases rapidly as the element loads with dirt. This is conclusively proved by the multi-pass test. The popular belief that filtering efficiency improves as the dirt build-up increases is not true in the case of a micronic filter. 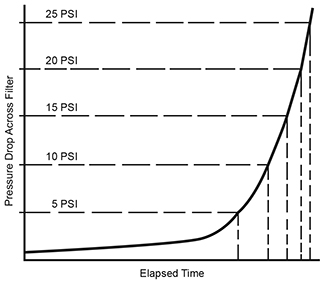 Figure 2. Dirt loading characteristic of a filter
element from data taken during the multi-pass test.

Important! Pressure drop across a filter is directly proportional to oil viscosity. Be sure to allow for this when using filter catalog graphs which may be plotted for oil viscosity or temperature different from your oil.