In this issue we will continue our study of how speed regulation of a hydraulic motor circuit is a direct measure of the range over which its speed can be varied with acceptable performance. Internal slippage of the motor itself is a very important factor, and was the topic for the preceding issue. The circuit used for speed control is also quite important, and is the topic for this issue.

Before going into this study, be sure you understand the foundation laid in the previous issue, Design Data Sheet 51, on the subject of speed regulation in general.

BY-PASS SPEED CONTROL
Figure 1. The flow control valve is placed to divert the unwanted oil to tank. While this is usually the simplest method of speed control, and tends to produce less heating in the oil than the other methods described, the speed regulation of the total circuit is very poor because slippage in both the pump and the motor contribute to poor regulation. This method should be used only on applications where a very limited range of speed is needed, no greater than a 2:1 range.

A further disadvantage is that only one branch motor circuit can be used on the pump line.

SERIES METER-IN METHOD
Figure 2. When the flow control valve is placed in series between pump and motor, the effect of slippage in the pump is eliminated, leaving motor slippage as the main factor which limits the range of adjustable speed. Overall speed regulation is approximately equal to the regulation of the motor itself. Twice the speed range can be covered successfully as with the by-pass method of Figure 1, or roughly about a 4:1 speed range for most applications.

Although oil heating tends to be somewhat greater than in Figure 1, several branch motor circuits can be operated from one pump.

THREE-PORT FLOW CONTROL
Figure 3. This circuit uses a special "3-port" flow control valve, and is a combination of the by-pass and series methods.

Speed regulation is about equal to the series circuit of Figure 2, and the oil heating is no more than the by-pass circuit of Figure 1, since surplus oil, not needed by the motor, is allowed to discharge to tank through the 3rd port of the flow control valve at a pressure only slightly greater than actual load pressure, instead of at relief valve pressure.

Like the by-pass method of Figure 1, only one branch motor circuit can be operated from the pump.

SERIES METER-OUT METHOD
Figure 4. This is the only method which permits a full range of adjustment of motor speed from near zero RPM up to maximum rated motor speed, and which holds speed constant at the selected RPM from zero load up to full load. But this circuit can only be used with selected components.

The motor must be one of the piston types because this is the only type in which the internal slippage can be drained out without coming out of the motor outlet port. Motor speed is in direct proportion to the oil coming from the outlet (not the flow entering the inlet). If, then, the flow control valve is placed in the motor outlet, speed will not vary from no load to full load. Inlet flow and slippage will increase with loading, but outlet flow will remain constant and can be accurately metered regardless of load.

The pump can be any type but the best results, with minimum oil heating are obtained with a variable displacement piston pump with pressure compensator. It must produce more than enough flow to take care of working oil plus slippage oil in the motor under all conditions of loading and speed. 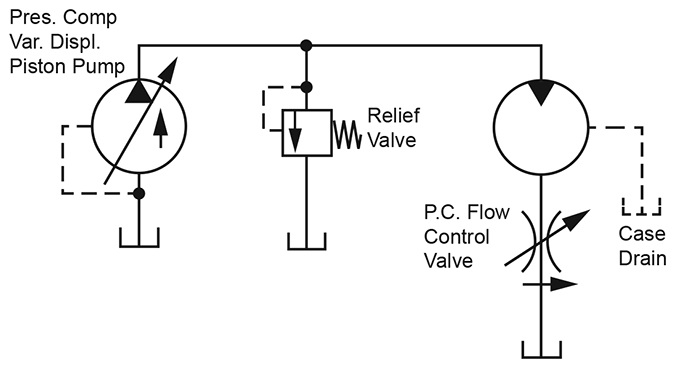 Figure 5. Speeds between Point A (zero RPM) and Point B are unusable because motor performance is unacceptable. So the speed range cannot be extended downward. In the speed range between Points B and C motor performance is acceptable. For a wider speed range, the motor can be operated up in the intermittent speed range, up to Point D. However, prolonged operation in this area will reduce life expectancy. Efficiency will be poor because of increased porting losses, and these losses may overheat the system.

Figure 5. The adjustable speed range of a hydraulic motor can be
extended by operating it into its rated intermittent speed range.

MORE INFORMATION
This matter of motor speed regulation and speed range is covered in much greater detail in the book "Industrial Fluid Power - Volume 3" available from Womack Educational Publications.